Sadly, the number of college students suffering from depression is currently on the rise. However, if you can spot the signs of depression early, you’re in a better position to deal with the condition.

The student mental health crisis in the wake of COVID-19

Sadly, mental health problems are on the rise among people who are currently studying degrees and other programs.

This is a view that’s supported by data. The latest college student mental health statistics, published by JMIR, show that the COVID-19 pandemic has heightened fears and anxieties among the student population.

Overall, the report found that:

On top of this, a further study from The Jed Foundation has found that:

As a result, even though schools are tackling rising student mental health problems, it’s clear that more needs to be done to help students.

How has the COVID-19 pandemic increased fear and anxiety in the student population?

Students are dealing with anxiety

Depression is categorized as a mood disorder that causes a loss of interest or feelings of sadness.

There are a number of reasons why college students are particularly vulnerable to feelings of depression. This is because many college students face challenges, pressures, and anxieties that can lead to them feeling overwhelmed by the college experience.

One of the main student depression causes is homesickness. After all, college is often the first time that most students live away from home. In addition, the experience of living away from home for the first time often coincides with a change in lifestyle, sleep schedule, and diet.

On top of this, a number of other student depression causes also need to be considered. For example, new students are required to adapt to new schedules and workloads and adjust to life with new roommates and friends. Finally, stresses about money and maintaining intimate relationships can also cause worries that didn’t exist before.

Recognizing depression in yourself and others at college

Feeling sad or anxious while at college is completely normal. After all, as we mentioned above, going through college is a major change to the way that you live your life.

However, ideally, these moments should be fleeting. But, if these feelings persist and take hold, they can lead to depression. For this reason, recognizing depression symptoms is vital. So, look out for any signs and symptoms listed by the National Institute of Mental Health, such as:

All of the above symptoms of depression in college students can appear either individually or as part of a wider pattern. By educating yourself about the signs, you’ll be able to spot potential episodes of depression in yourself or your close friends before they take hold.

How to recognize depression in yourself and others at college

Feelings of sadness, helplessness, or loneliness

A complete or partial loss of interest in hobbies, activities, and college work

A disturbance in your sleeping pattern

Unexplained and new physical problems like pains and aches

Feelings of worthlessness and a tendency to fixate on past problems

Blaming yourself for things that aren’t your problem or responsibility

All of the above symptoms of depression in college students can appear either individually or as part of a wider pattern. By educating yourself about the signs, you’ll be able to spot potential episodes of depression in yourself or your close friends before they take hold.

How to deal with depression at university

Many people suffering from depression on college campuses throughout the U.S. do not seek help. This is because they’re wary of feeling embarrassed or like they’re not adequately enjoying what should be a happy time. However, seeking help with depression at university is vital. This is because, if a depressive episode is left unchecked, it can lead to suicidal thoughts and actions.

If you feel like you or someone you care for is suffering from depression, then it’s important to talk about what’s going on. Equally, it’s just as important to listen to the person who is suffering. Once mutual trust is established, you can create an environment where the person suffering can talk about their fears and concerns. Then, you can work together to start them on the path towards feeling better. Once this has happened, you should ensure that whoever is suffering receives professional help, so they can deal with the issues they’re facing.

Although they’re sometimes limited, mental health services are available on college campuses. These services don’t usually offer long-term help, but they provide a professional environment where problems and issues can be discussed. Plus, when you attend a mental health service on a college campus, you’ll usually be provided with information about therapists who can help you.

Therapy can be a wonderful way of working through your problems. Thankfully, many universities offer free therapy for college students as part of the mental health services that are available on college campuses.

These therapists also often specialize in working with people of college age, so they’re experts in helping people just like you work through your problems.

If you’re struggling with depression, then your doctor can prescribe you with medication if they feel this is the best solution. In the U.S., a number of medications to treat depression are available. However, whether your healthcare provider recommends selective serotonin reuptake inhibitors (SSRI) like celexa, serotonin and norepinephrine reuptake inhibitors (SNRI) like cymbalta or tricyclic and tetracyclic antidepressants like asendin, depends on a number of factors. These include the potential side effects, your condition and your medical history. You should never take any medication without first consulting a healthcare professional.

If you’d like more advice about the different antidepressants available, then information is available via the FDA website.

Get involved in clubs
Have a good support system

In addition to seeking professional advice from the mental health services on your college campus, there are steps you can take to improve your mental health. So, if you’re feeling low, consider the following:

According to the American Psychological Association, mindfulness can help treat depression. It can also help avoid relapses of the condition, which are suffered by 80% of those dealing with depression. This is because the practice can be used to alter your thought patterns.

By paying attention to your emotions, you can recognize what’s happening and engage with your thoughts in a different way. By teaching yourself to respond with compassion and empathy rather than with fright or judgement, you can minimize the chances of sliding into depression.

Get out into nature

Studies from Harvard Medical School show that mood disorders such as depression can be lifted by spending more time outdoors. This is because interacting with the nature around us can be a great self-improvement tool. In some instances, the study shows that it may also act as a replacement for medication or therapy.

Similarly, further research from Harvard Medical School has shown that exercise can be just as effective as medication in treating depression. This is because high-intensity exercises can release chemicals called endorphins. It’s chemicals like these that create the ‘runner’s high’ experienced by many joggers.

However, low-intensity exercises also release proteins called neurotrophins. These cause nerve cells to grow and make new connections. In doing so, they improve brain function and make you feel better.

Studies by the National Center for Biotechnology Information, U.S. National Library of Medicine show that there’s a link between a lack of sleep and depression. This is because around three-quarters of depressed patients also have symptoms of insomnia.

Due to the fact that poor sleep can contribute to the development of depression, improving the quality of your sleep can help counter the illness. To improve your sleep, you can try talking to your therapist about sleep issues, creating a regular sleep-wake time, and limiting your naps.

Although it may feel like a few beers can help you relax, there’s a strong link between alcohol and depression. Scientific studies show that nearly one third of people who suffer from major depression also have an alcohol problem. Plus,

The latest statistics on drug and alcohol abuse from students is particularly alarming. According to the National Institute on Alcohol and Abuse and Alcoholism, 33% of full-time college students aged 18-22 reported binge drinking within a month of their study and 8.2% of college students reported heavy alcohol use. In addition to this, a separate study found that almost 20% of college students had used marajuana within the past 30 days.

This is a problem because the National Bureau of Economic Research reports that people who have been diagnosed with a mental illness consume 69% of the nation’s alcohol. They also consume 84% of the nation’s cocaine and 68% of all cigarettes.

As a result, if you’re suffering from depression, then you should stay away from drugs and alcohol, as they may make the issue worse.

Studies show that social media use can aggravate mental health problems. Although positive interactions on Facebook and Instagram can boost self-confidence, a lack of ‘likes’ can lead to stress, depression, and anxiety, according to studies.

In addition to this, if you spend a lot of time on social media, you will limit your face-to-face interactions. Plus, you’ll place pressure on yourself to conform to a stereotype rather than being your true self. As a result, although social media can be useful for helping maintain relationships, it’s best used in moderation to protect your mental health. So, next time you’re scrolling on your smartphone, why not consider using mental health apps instead?

Get involved in clubs

By attending college clubs, you can embrace the opportunity to try something new and make friends who can then support you through any troubles.

For this reason, research from the Canadian Institute for Advanced Research has shown that connecting with a social group has helped clinically depressed patients recover.

Have a good support system

Having a good support system around you is vital if you’re battling loneliness. Plus, an intervention from a peer can help reduce the symptoms of depression, according to studies. So, surround yourself with people that you know and trust. Student support groups can be especially useful for this, as can family members. Even if your family isn’t close by, they’re only a phone call away and they know you better than anyone. 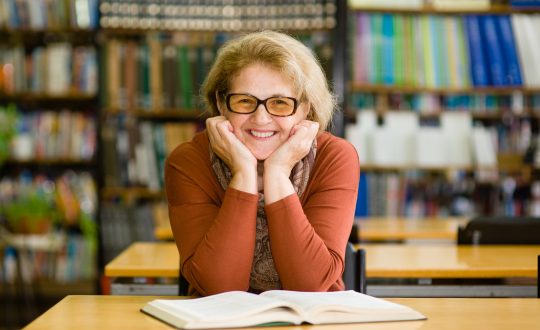 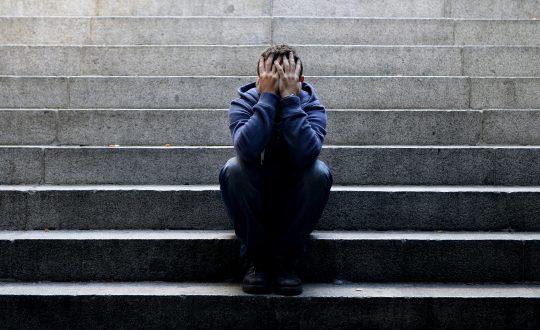