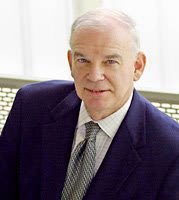 I am president emeritus of Missouri State University. After earning my B.A. from Wheaton College (Illinois), I was awarded a Ph.D. in clinical psychology from the University of Illinois in 1973. I then joined the faculty at the University of Kentucky, where I progressed through the professorial ranks, serving as director of the Clinical Psychology Program, chair of the department of psychology, dean of the graduate school, and provost. In 2005, I was appointed president of Missouri State University. Following retirement from Missouri State in 2011, I became senior policy advisor to Missouri Governor Jay Nixon and continued in that role for six years. Recently, I have authored two books: Degrees and Pedigrees: The Education of America's Top Executives (2017) and Coming to Grips With Higher Education (2018), both published by Rowman & Littlefield. I currently serve as.Senior Contributor to Forbes Online, focused on higher education.

Calculating ROI – or the earning potential of a degree

What you need to know about need-blind admissions

A guide to test-optional and test-blind admissions

Is there a solution to the community college enrollment crisis?